January 16, 2018 – Dr. Bayne, a long-time Board Member of the Wisconsin Technology Council (WTC), reports that Wisconsin Economic Development Corporation (WEDC)  initiatives with Foxconn corporation are driving significant advancements in several dimensions, including research and education,  advancing buildout of the state’s communications infrastructure (e.g., broadband, 5G) and development of advanced manufacturing systems and services.  The long-term benefits of this partnership are expected to be significant.

November 9, 2017 – In his capacity as Research Professor at Marquette University’s and industrial systems consultant at Stratum4, Dr. Bayne is pleased to support the University’s efforts in providing a vibrant community forum for discussing the science and application of Blockchain technology in academic, commercial and industrial settings.

August 1, 2017 – In its Academic Ranking of World Universities’ (ARWU) 2017 global ranking by academic subjects, the ShanghaiRanking places UCSB at No. 3 in the world in the field of automation and control, just behind University of Illinois at Urbana-Champaign and Massachusetts Institute of Technology.  Dr. Bayne earned his PhD from UCSB’s School of Engineering. See the announcement here. 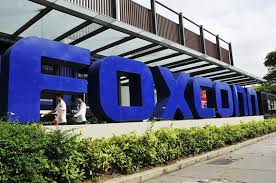 July 8, 2017 – Early in the excitement attending to the possible creation of a $10B Foxconn high-definition display manufacturing plant in southeastern Wisconsin, John Schmid, a reporter for the Journel Sentinal, interviewed Dr. Bayne, among others, on the availability of trained technical workers.  The story is here.